Sally Ride: Revisiting our 2005 conversation
​Host Mat Kaplan has wanted to reshare his first conversation with the great Sally Ride for years. Sally talks about women in space, the loss of space shuttle Challenger, and her devotion to sharing the wonders of science with young girls through Sally Ride Science. Planetary Society editor Rae Paoletta takes us to Jupiter’s Great Red Spot. Is it shrinking? We also celebrate the return of the space trivia contest. 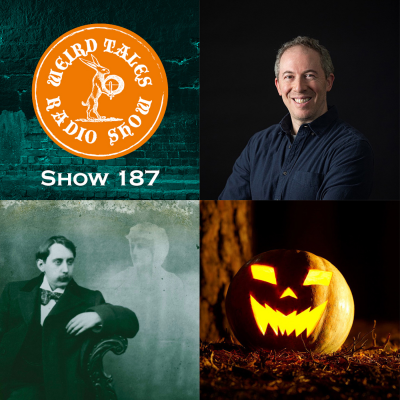 In this week’s last-ever episode of the Weird Tales Radio Show our big interview is with Marc Hartzman, who has been described as “one of America’s leading connoisseurs of the bizarre”. We’re talking about his latest book Chasing Ghosts and we’ll be looking at our fascination with spirits, the supernatural and talking to the dead. We’ve also items on the oldest ever depiction of a ghost – and whether we should really be calling Halloween Nutcrack Night! 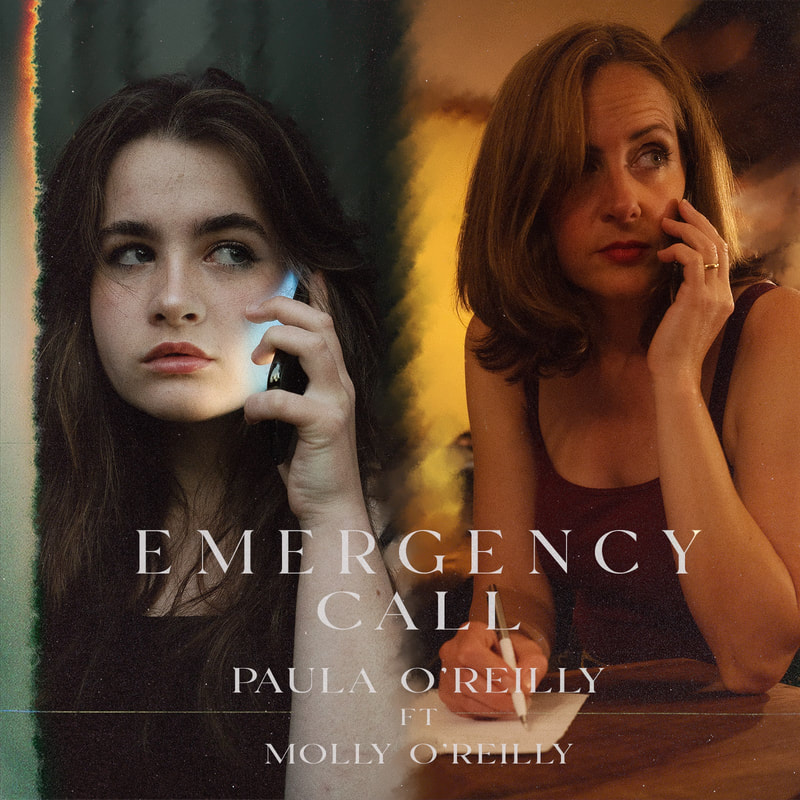 Wexford based singer - songwriter Paula O’Reilly joins forces with her 14-year-old daughter Molly in this intimate, heart-warming song. Based on a real conversation the song tells the story of mum Paula, appealing to Molly to always ensure that if there is ever a problem, whatever it is to always call her. Molly chips in as teenagers do, turning what mum thought would be a heart to heart into a slightly heated debate! Molly is no stranger to the limelight following the release of White Wexford Christmas in 2020 with her little sister Maisie, which was a big hit in their home county of Wexford. Emergency Call shows off Molly as a true performer in her own right with a surprising depth to her voice from one so young. Molly is definitely one to watch!!! A song for mothers everywhere.

Karlo Arcinue is a singer-songwriter based in Melbourne, Australia.
Originally from the Philippines, his music is heavily influenced by 70s folk artists like James Taylor and Jim Croce. He started playing guitar as a child, and has been playing in various bands throughout his teens and 20s.
He has written over a hundred songs, but only made an attempt to formally record and release material as a solo artist in 2021. He has been building a strong social media following, and is looking forward to releasing more original songs soon 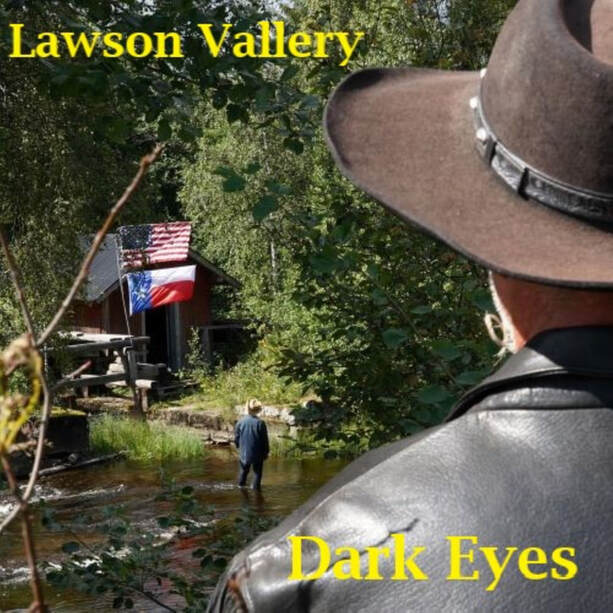 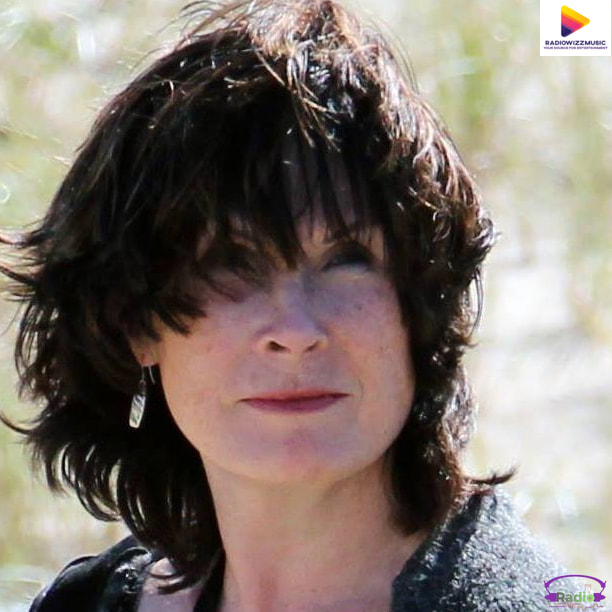 Deborah Henriksson is an American/Swedish artist with a spellbinding voice.  Her music is an intensely personal mix of Celtic- and Americana inspired folk and pop.Originally from New Jersey, Deborah has lived in Sweden for over forty years.  In addition to singing and producing recordings she has been a high school choir director and has taught music, voice and English in Västerås.  Musical influences have been Enya, Judy Collins, Buffy Sainte-Marie, and Leontyne Price, as well as Stravinsky, Bach, Verdi and Puccini.  Perhaps the motto which best describes her path is ”Slow and steady wins the race”! 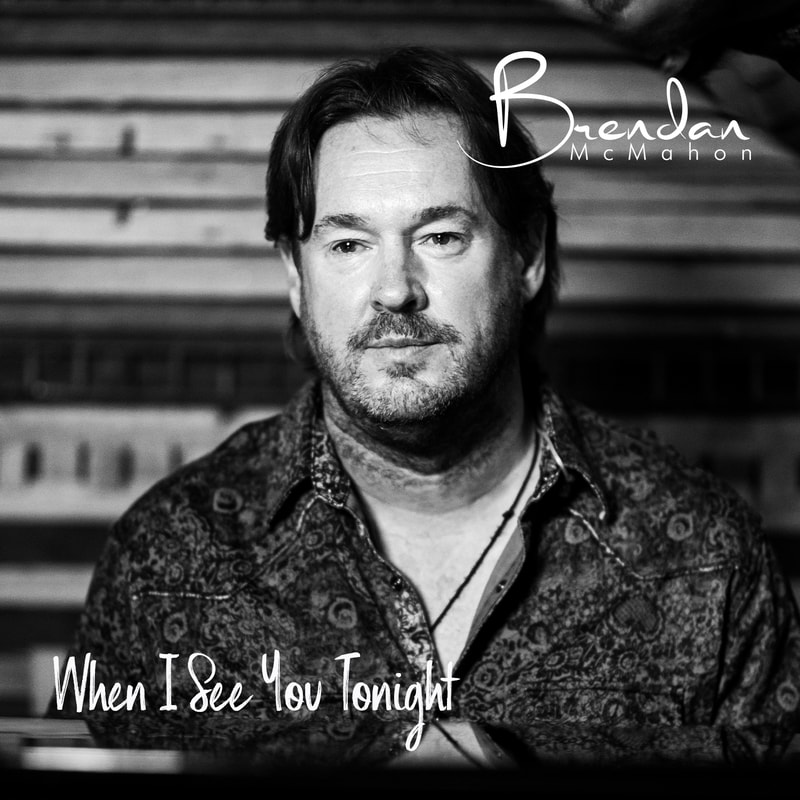 'When I See You Tonight'


'When I See You Tonight' is feel good country/rock track that would make for a great listen as you're travelling along a country road and want something to tap your feet to and sing along with at the top of your voice. 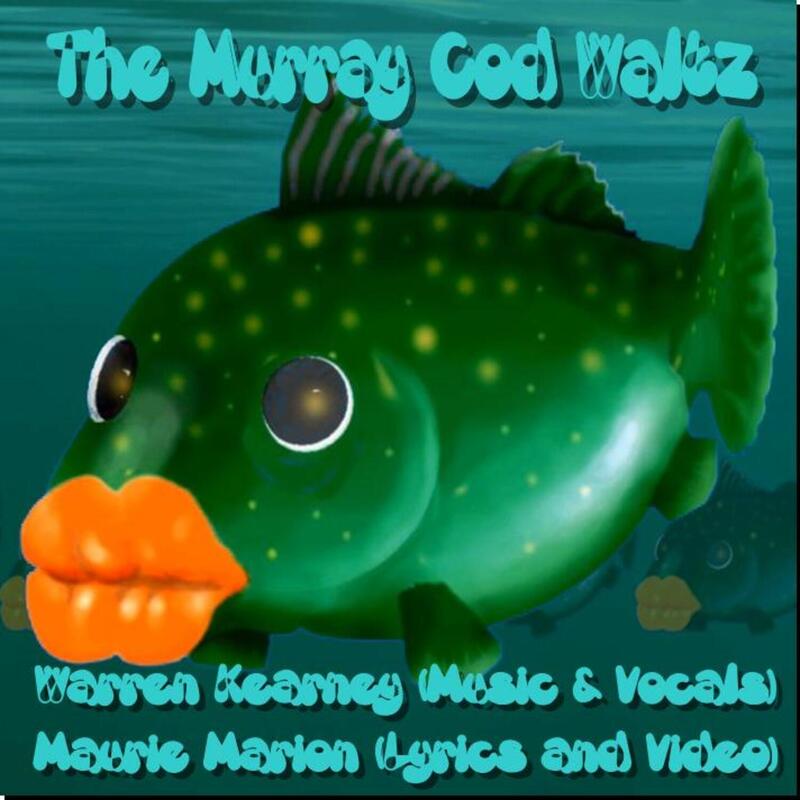 
This is a really quirky, funny song co-written by Maurie Marion again and the Video is really worth a look.  Maurie has gone all out and made an animated Video this time round and has Warren singing under water and blowing bubbles.  The song is based around the  country’s famous Murray Cod and all of it’s quirks and foibles and also starring in the video is a funny little Red Claw Lobster.  Maurie Marion also has a cameo role in this video, so you can play “Where’s Maurie” and see if you can find him.  He’s really well hidden. The lyrics are by Maurie Marion, the music by Warren Kearney.  All of the arrangements, vocals, harmony vocals, and all instrumentation have been done by myself.  I have recorded the song, and mastered it. 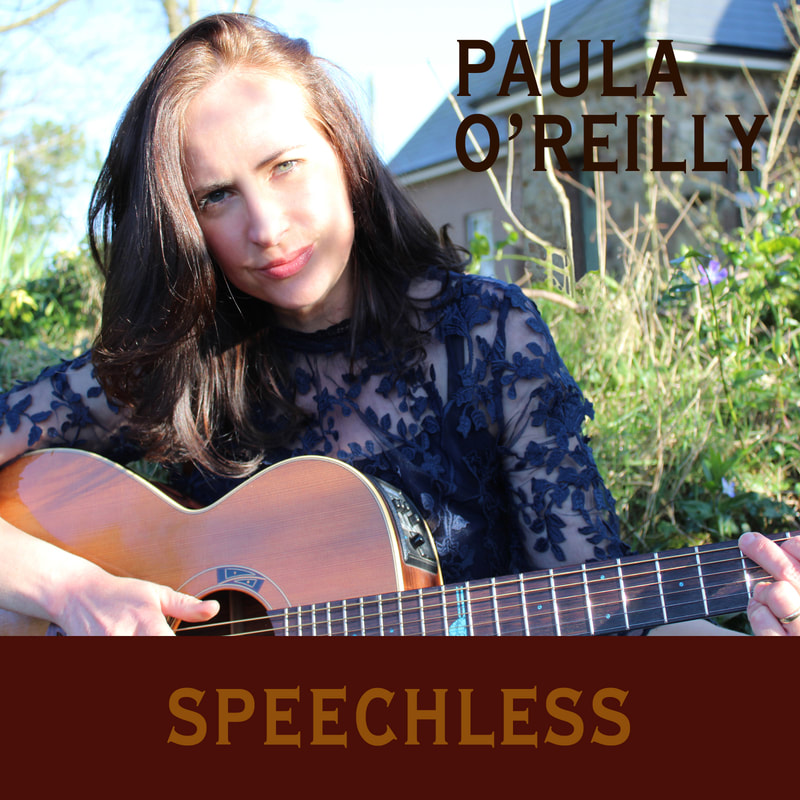 Paula O Reilly a singer-songwriter based in Country-Wexford, Irelan.O'Reilly, whose influences range from Joni Mitchell and Bob Dylan to Alison Krauss, Miranda Lambert, and Ashley McBryde, pens well-crafted songs that are reflective of a master songsmith who is passionate about what she does. Her songs are at times heart-breakingly sad, at other times uplifting and inspiring. O’Reilly has used the lockdown period to focus on her song writing and is very excited about the new album and the work producer, Dave Arkins did in bringing her songs to life. While the album itself will be released later in 2021, Paula will be releasing self-penned singles from the forthcoming album over the coming months.

The Marty Rose Band - Elvis TCB
ELVIS TCB was written by Grammy nominee, Aria Hall of Fame recipient, and former lead
guitarist/songwriter of the original Little River Band, David Briggs, and recorded by Melbourne based Marty Rose Band (MRB) for their forthcoming album The Tear Drop Line.
The song is a tribute to the King of Rock and Roll, Elvis Presley, and pays homage to the man, while saluting all who continue to live in hope of sighting the legend himself.
The song was recorded and produced by Briggs at his studio, The Production Workshop, in North Melbourne, Australia. It was recorded several times, but the final take only came together when Gil Matthews (Billy Thorpe and the Aztecs) joined the band.
Briggs originally wrote the song on a mandolin while traveling to the Daintree Rainforest in Northern Queensland, inspired by a newspaper story about the Parkes Elvis Festival held in NSW annually that  attracts thousands of Elvis fans from across the globe. The impact that Elvis Presley had on music clearly lives on today. 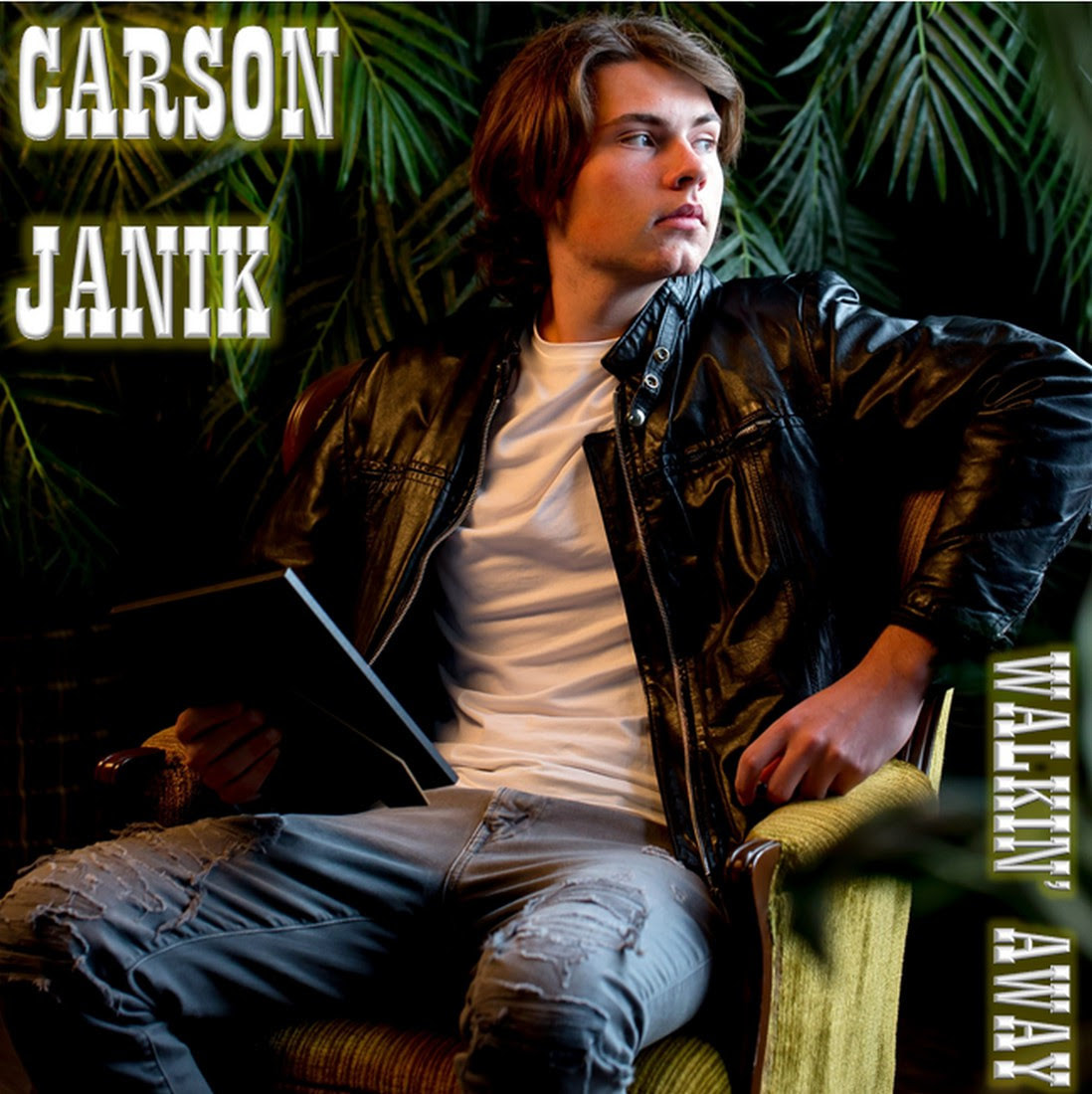 16 Year Old Carson Janik is a musician-singer-songwriter from Tecumseh, Ontario, Canada. Carson comes from a long lineage of diverse musical family members including accredited guitar, piano, drum, brass, and string players, as well as seasoned recording artists, vocal, stage, choir, and opera performers that span just about every genre with Carson being the first in his family to pursue country music.
Carson started showing musical signs at the young age of 3, when he proved that he couldn’t keep quiet and needed to constantly sing along with the radio.
Initially drawn to Pop music and playing the piano/singing along to the likes of Shawn Mendes and Bruno Mars, Carson had little interest in the guitar….that is until he heard his first Luke Combs song. Carson was immediately drawn to country music and completely immersed himself in it, being influenced by the likes of Luke Combs, Mitchell Tenpenny, Dan & Shay, Morgan Wallen, among many others.
Songwriting is a relatively new endeavor for Carson. He started writing songs with the guidance of Aidan Johnson-Bujold (from the band Buck20) at Elite Studios, cutting his first single in early 2019. He hasn’t looked back since. Even at such a young age, Carson has been turning heads with his vocals, live performances, and writing skills that are way beyond his years.
Carson is Available for interviews by contacting him directly tkjanik1@gmail.com 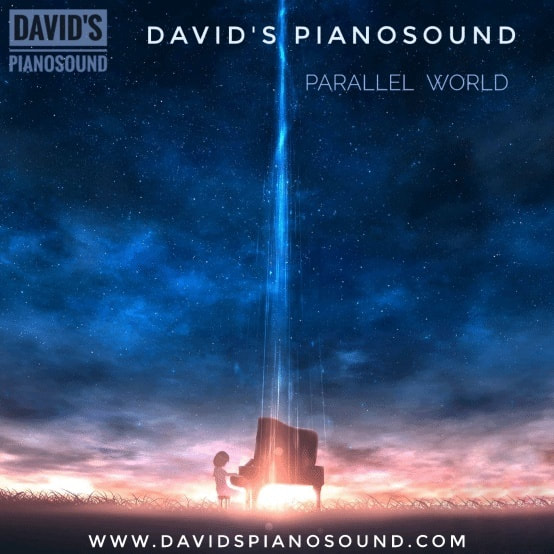 Parallel World is the latest musical composition of David's Pianosound(London)

News: On October 3, 2018 he held concert at Berlin Philharmonie Hall  during Enlighten Piano Radio Awards nominations ceremony and his last concert was at Piano City Napoli, held on 6th & 7th April 2019.
​
Please check out and support his works in iTunes, Amazon Music, Google, Spotify, Deezer
NEW SHOWS
​Composer? Singer? Musician? Listener?
Tune in to the newest radio on line that offers non-stop entertainment and engagement.
Stimulate your brain in our various list of ingenious and hilarious programs.
Stay informed to the latest news, trending technologies and life style topics that will spill in our talk shows.
Deliver your daily dose of inspiration with our scheduled podcasts, guests insights and live performances.
​Enjoy listening to your original musical piece in our platform for appreciation and constructive feedback of our followers. 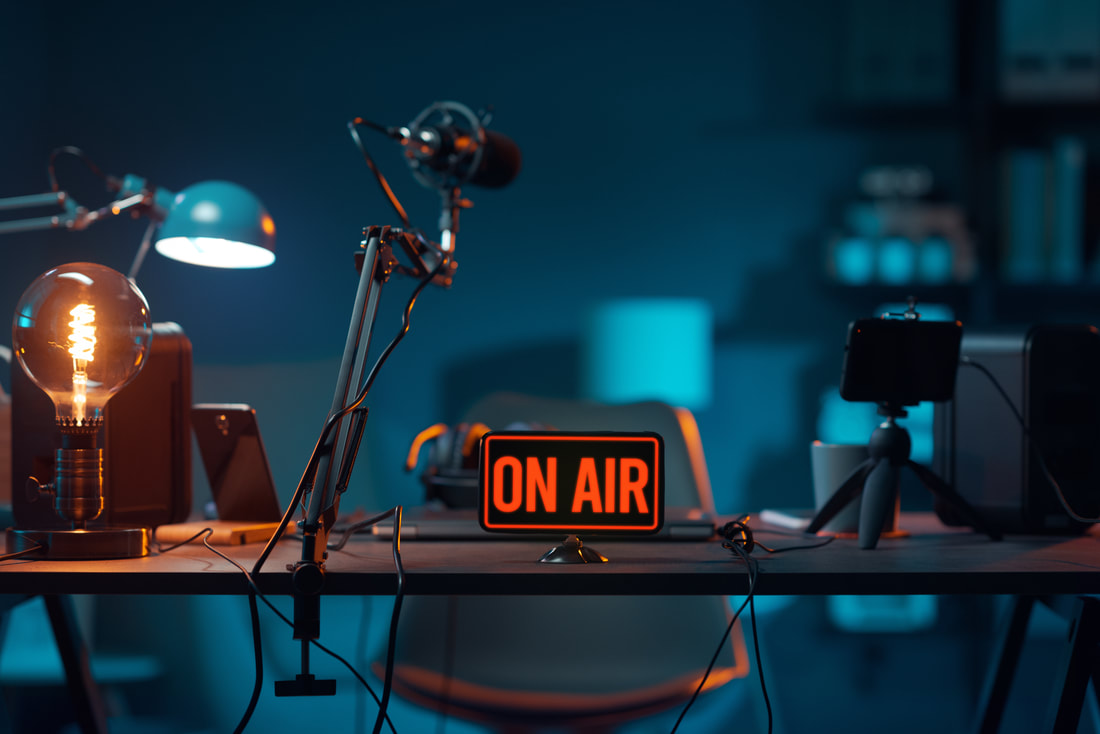